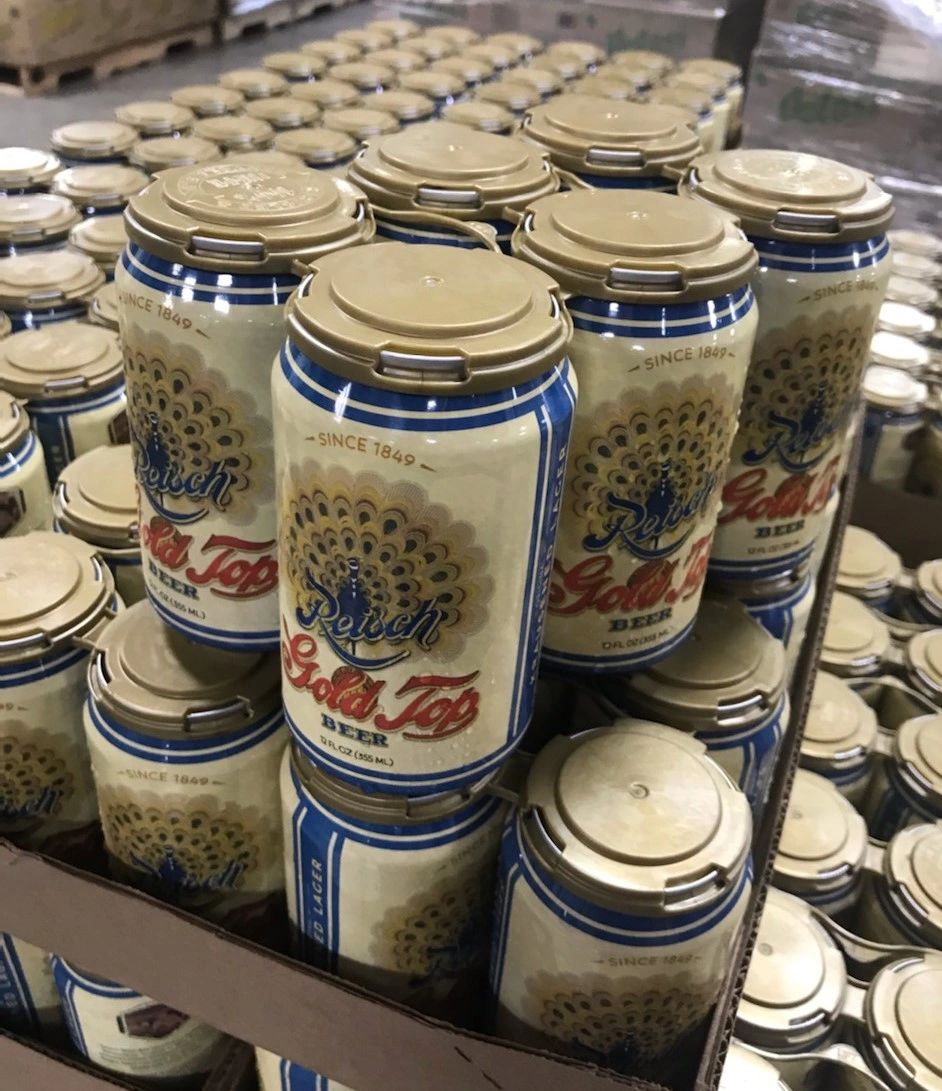 Skeff Distributing is the new distributor of Reisch Gold Top Beer and our 6 pack holder is now GOLD.  Visit the Reisch Store!

The Bronze Medal that Reisch Gold Top Beer recently won at the North American Brewers Association Beer Festival made its way to Springfield on June 28th, 2019.  Patrons at the Barrel Head, Route 66 Motorheads Bar and Grill and Curve Inn were able to wear the bronze medal and have their picture taken with the Reisch Brewmaster, more pictures are below.

Additional pictures of the BRONZE MEDAL IN SPRINGFIELD

REISCH BEER IS AVAILABLE AT THE FOLLOWING BUSINESSES

The list of locations where you can purchase Reisch Gold Top Beer is being updated and will be published sometime later this week.  Look for the new GOLD 6 pack holder and know the beer will be fresh and the taste superb!!!  "Reisch Gold Top Beer, Tried it Lately"?

Reisch Charities is a non profit 501 C3 organization. Supported by a Board of Directors and a group of breweriana collectors called the Reisch Brew Crew. Our goal is to save, support and share the history of Springfield, Illinois and its brewing history.

In 1849 our brewery founder started what was to be Springfield, Illinois' longest operating brewery. Surviving multiple prohibition events in the 19th and 20th centuries by making things like bricks, near beer, brake pads, soda, and ice cream. The Reisch Brewery finally closed in 1966 due to competition from the big national brewers' ability to have multiple breweries across the nation delivering their brand to local consumers. The property was sold to Memorial Medical Center who later donated the land to Southern Illinois University to make way for the Southern Illinois University (SIU)  school of medicine which sits on the brewery's old property.

Please Donate and Purchase Some REISCH Gold Top Beer today - Have You Tried It Lately? gOOD BEER, BREWED BY GOOD PEOPLE FOR A GOOD CAUSE!!

Your support and contributions will enable Reisch Charities to meet our mission, donating funds to Springfield, Illinois  Historical Sites and Institutions.

Learn more about our upcoming events, fundraisers, and more!